The Dunnield Stud was founded by Max Howe at Dunnield, Trangie NSW Australia in November 1954 with the purchase of 22 Rosewood ewes joined to a Kelso Ram with 14 lambs at foot. In January 1955 a ram was purchased from J H Papworth and Sons, Flock No Widgree3.38 (the sire of this ram was Kelso Z303 and the Dam Yarra No H514) plus 59 Invermay ewes purchased from A K Butter, Flock No 28.

October 1955, 2 ewes with 3 lambs at foot were purchased from G Starrit, Kelso Park, Flock No 41. January 1956, 16 ewes and 1 ram (Yarra K107) were purchased from W. A O'Neil, Flock No 30. With this solid foundation and heavy classing of the flock for over 65 years, Dunnield is the largest stud in Australia, producing stylish long bodied big-framed sheep with micron at 33 - 35.

From 1955 to 1996 inclusive Dunnield showed extensively and very successfully through out the Central West of NSW and in Sydney. The only reason the Stud stopped showing was the debacle over Ovine Johnes Disease. The Stud didn't want to be put at risk of infection and from that time on no other sheep have been introduced. Prior to this Raywill, Cadell, The Oaks, plus more Kelso rams were introduced every now and again.

In 1992 Max's son, Peter (fourth generation at Dunnield) took over as Stud Master and is continuing to keep up the high standard of the Stud. Over the many years the sheep have always been sold to individual buyers on the property from the Stud Shed, where the sheep are put into pens for their selection, then it's time for refreshments at the Homestead! The stud rams and ewes have been sold to all parts of NSW, Victoria, Queensland and WA. The Stud is Brucellosis Accredited and Footrot Free and is in a protected free OJD area.

In 1993, 207 ewes were sold to Kennedy Miller and starred in the movie Babe so they have been seen world wide!!

Border Leicester breeding goes back a lot further than 1954 as Max's Grandfather Frederick Howe established a Stud (Flock No 139) at Dunnield, Trangie in 1928. Frederick Howe started his Stud by purchasing 20 Ewes and 1 Stud ram from registered Flock of Donald Grant, Elloughton Grange, Timaru, N.Z (Flock No 19 N.Z.F.B), and 10 stud ewes lambs from the registered flock of AP Cameron, Timaru, N.Z. This stud was dispersed in the 1930's. Many clients have been coming for 30 to 40 years and the newer clients return year after year ordering their rams twelve months ahead. 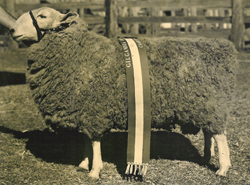 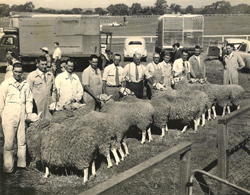 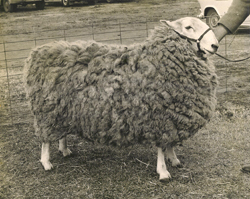